Twitter can be confusing, and there’s no way you’re able to pay attention to every tweet from your favorite games. That’s why TheDW is here to help! We did a bit of housekeeping, tidying up and organizing to bring you comprehensive Twitter lists for League of Legends, Overwatch, Dota 2, CS:GO and Hearthstone!

Find the lists here, subscribe, and breath a sigh of relief at never missing an important moment again. What’s more, shoot TheDW an email at Katie@thedailywalkthrough.com if there’s a game you’d like us to put a list together for. Mewtwo landed with a bang for Pokemon GO fans at the Yokohama event in Japan over the weekend. “Mewtwo appears to be limited to the Pokémon Go Stadium event that’s going on during the Pikachu Outbreak event in Yokohama. Last week, a Shiny Pikachu was also released at the festivities,” Brian Ashcraft at Kotaku reports.

Don’t call it Assassin’s Creed IV: Black Flag v2. Skull and Bones creative director Justin Farren says “Assassin’s Creed is a very specific fantasy about being an assassin, about being in a crowd, and that’s not the game we wanted to make,” in an extensive interview with GameSpot’s Eddie Makuch. Here’s a snippet:

“It’s different. There’s not a lot of games that do this, but we really think that this is where people really want to experience narrative on a personal level, where they can effectively change the world. People always say, “It’s a living, breathing world.” Well, we really take that to heart. We want to create a world that actually reacts to the things that you do in it.”

TheDW has highlighted a few players who don’t let disabilities stand in the way of kicking ass at video games. Now, we’re back with another one. Meet FaZe Clans’ Ian “Enable” Wyatt, a professional Call of Duty players. He lost half of his right thumb in an accident when he was 1, Engadget’s Jessica Conditt writes.

“‘I don’t want it to define me,’ he says. ‘Because, yeah, it’s cool to talk about, but there’s so much more to me, not only as a player, but just as a person. I’d rather — not like hide it, but just kind of keep it in the background.’”

Tencent Holdings is backing Bluehole Studio, the developer of Battlegrounds, Chen Juan at Yicai Global reports. The investment amount is unknown. “The Shenzhen-based tech firm originally planned to acquire Bluehole, but the Korean game developer turned down the offer.” Remember this brooding fellow? Starkiller “almost crossed over” with “Star Wars Rebels,” according to “the guy who voiced Starkiller, the protagonist of the last two Star Wars games LucasArts published before Disney bought the property.” He would have shown up as an inquisitor in the show as “one[of] Vader’s Force-sensitive agents of who hunt down Jedi, one-by-one of course,” Polygon’s Owen S. Good reports.

Hidetaka “Swery65” Suehiro is going to announce his next game at PAX West in Seattle, Wash. VG24/7’s James O’Connor writes that Swery65 will tout the game at a panel hosted by Jason Howley.

LawBreakers isn’t having the best start ever, but Boss Key Productions co-founder Cliff Bleszinski isn’t fazed. He did an extensive interview with Eurogamer’s Martin Robinson, in which he discussed all things LawBreakers. Here’s a portion:

“We see this game as a marathon and not a sprint. We’re having a solid opening but we’re reminding people that we shipped with nine characters, in the play test lab we’re playing with role ten, it’s fully playable. I’ve played two maps that are 99 per cent ready to go, maybe new game types that I can’t really talk about.”

Congratulations to OpTic Gaming on winning the Call of Duty World League Championship 2017. They defeated Team EnVyUs. “Call of Duty esports saw a substantial rise in competition this year, with a year-over-year increase in participation of 400%,” according to a press release about the event. Luminosity Gaming came in 3rd and Red Reserve came in 4th. 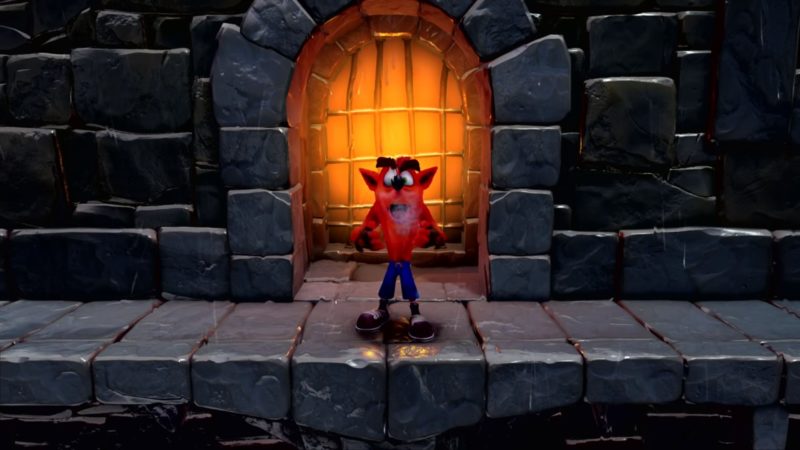 Crash is still slaying. The game’s success in the United Kingdom “rivals Call of Duty,” GamesIndustry.biz’s James Batchelor reports. It’s still at the top spot in the U.K. and has only had a 1% dip in sales. “The last title to survive this long at No.1 was fellow Activision game Call of Duty: Infinite Warfare, which racked up five consecutive weeks at the top spanning the end of 2016 and early 2017.”

WarCraft III, now 15 years old, has a new test server! “As a belated birthday gift to one of its most famous games, Blizzard has launched a Public Test Realm (PTR) for the game, making changes to game balance and map alterations in a new test environment,” Game Informer’s Suriel Vazquez writes. “The PTR tweaks the balance of creep camps in the early game, increases resource allocation, and makes a number of map alterations for aesthetic purposes.”

For those looking forward to Star Wars: Battlefront II, DICE producer Craig McLeod acknowledged some of the reasons why players may be jaded after the first game. “The feedback from fans was that 2015’s Battlefront lacked the depth that some were looking for,” Makuch reports. “‘A lot of people found that with the original Battlefront, after a few months of play, they lacked the long-term goals,’ he explained. ‘So these are the things that we are really trying to make sure we nail in this new game.’”

Millenial Esports now owns a majority stake in Eden Games for a price tag of $10.5 million. “The Toronto-based esports management and technology firm cited the deal as its attempt to take part in the significant global revenue growth of the competitive mobile gaming industry,” Esports Observer’s Ellis Hyman writes.